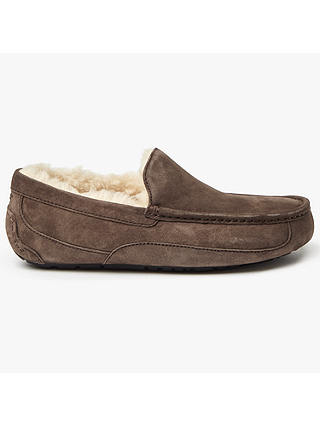 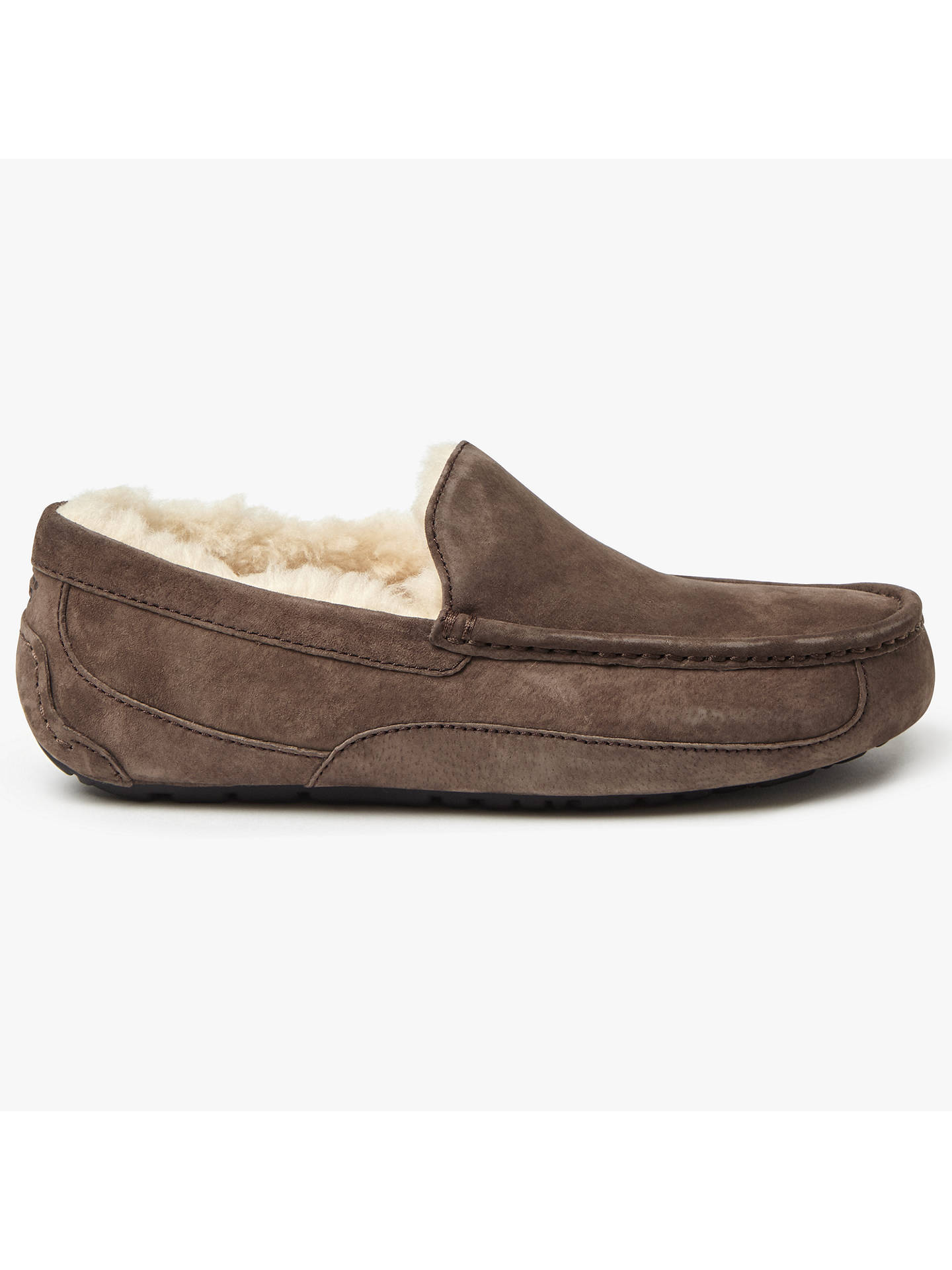 These UGG Ascot moccasin slippers are the ultimate way to feel cosy and luxurious while striding around the house. Made with a super-soft suede upper, these quality slippers deliver on both comfort and practicality.

UGG was founded in the late 1970s, when Australian surfer Brian Smith began selling sheepskin boots in Southern California. His designs were a perfect fit for the relaxed, casual lifestyle of the area and by the mid 1980s the brand was growing momentum through surf shops up and down the coast. Surfers wore them on the beach and then, in the winter months, they were worn in the ski lodges of Aspen. In the early 2000s, the brand broke into the New York fashion world and they are now synonymous with a stylish, casual, luxurious lifestyle.