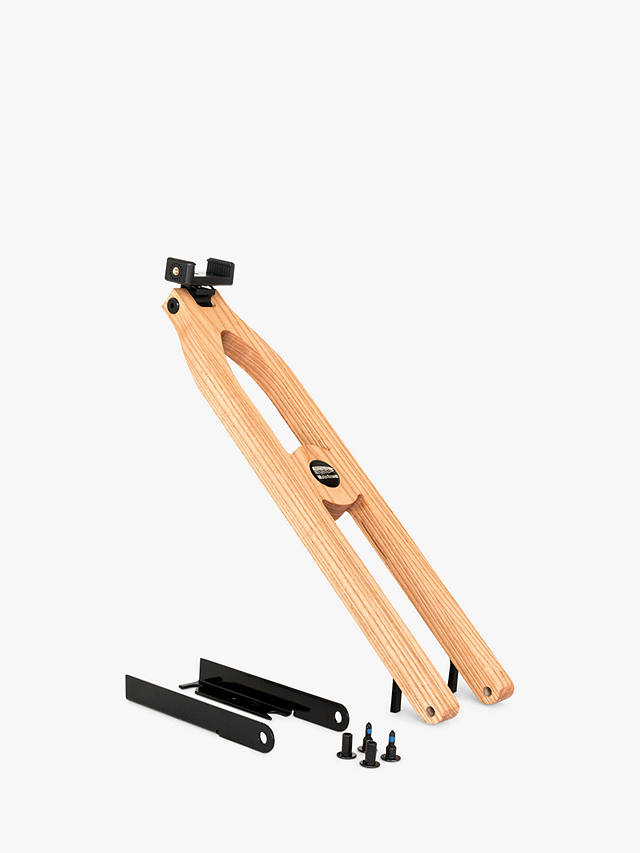 Designed for all WaterRower's wooden rowing machines and available in a full range of hardwoods, the WaterRower Tablet arm holds your tablet or phone to view during your workout.

WaterRower was founded in 1988 by U.S. national team rower and Yale engineering professor John Duke. Duke’s vision was to create a rowing machine that simulates the resistance and feeling of a rowing boat gliding through the water.

Widely regarded as the most realistic rowing simulator on the market, WaterRower’s unique WaterFlywheel uses water resistance to replicate the dynamics of a moving boat.

All WaterRower machines are handmade in the U.S. at the brand’s New England factory in Warren, Rhode Island, where the company was founded. All wooden models are crafted from the finest Appalachian hardwoods, sourced only from replenishable forests.

WaterRower has won many design accolades for its smart fusion of aesthetics and functionality and has been featured at the London Museum of Design, and New York Museum of Modern Art.

UK delivery by our supplier within 5 weeks. Where delivery needs to be arranged, you will be contacted to arrange a date and time that's convenient for you.