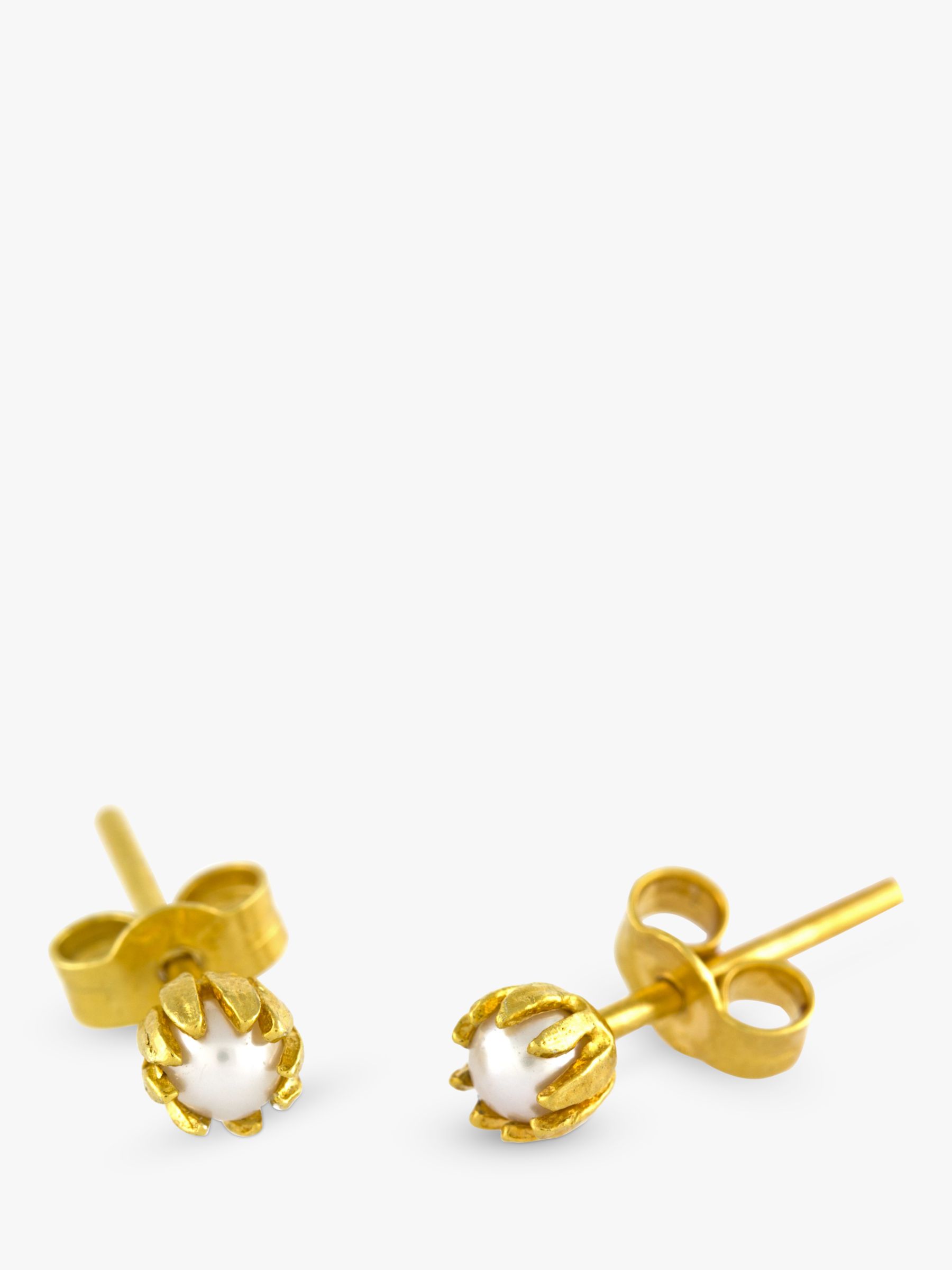 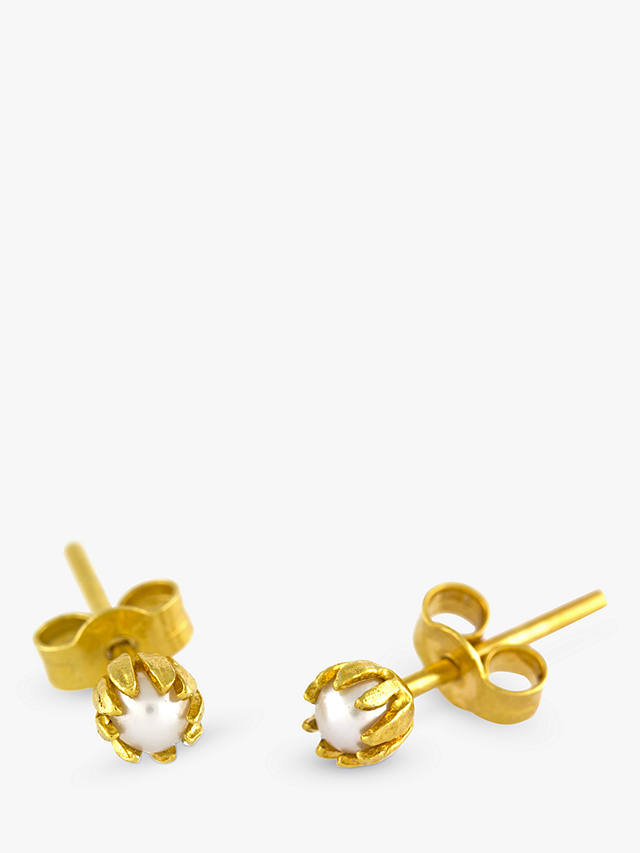 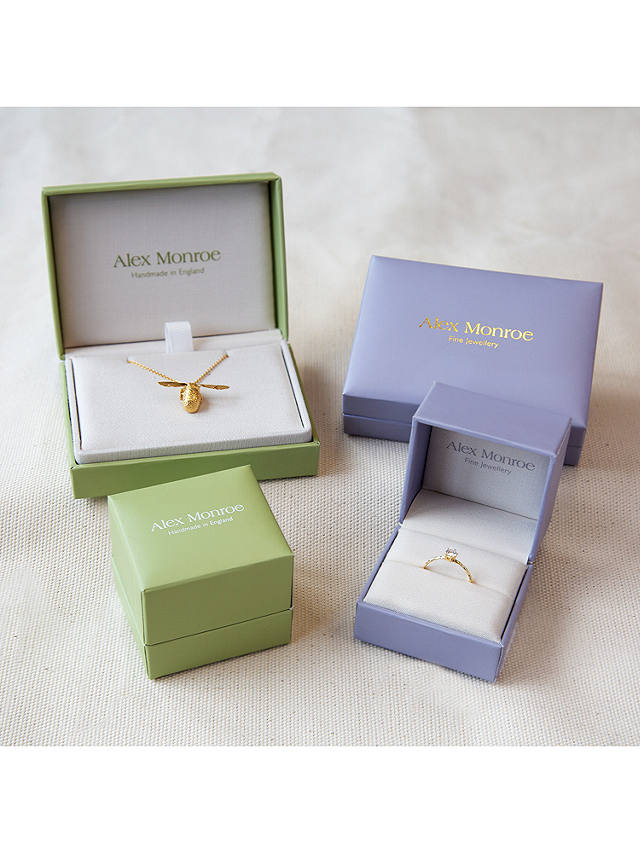 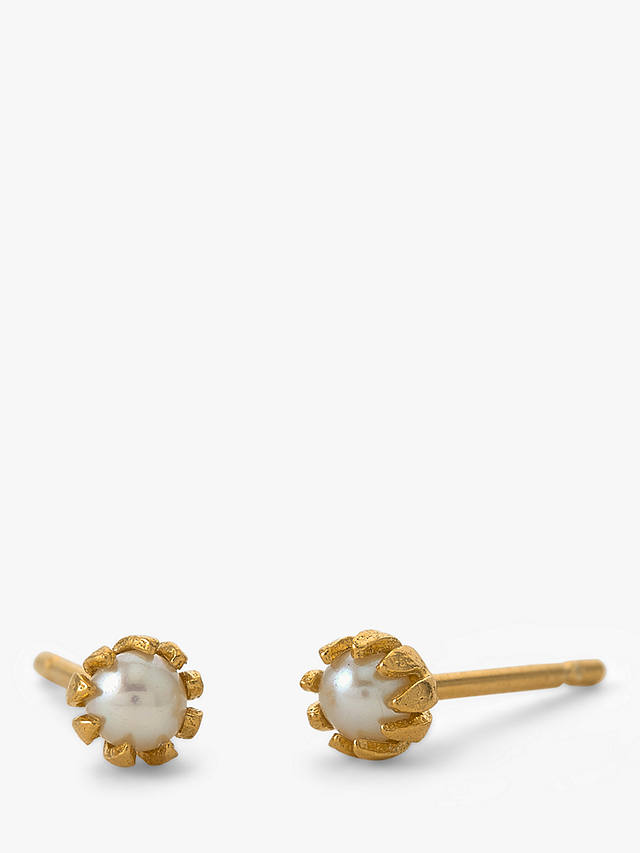 All pierced earrings are non refundable, please refer to our full returns policy for more information.

Pretty and ladylike, these small bud stud earrings by Alex Monroe will make a fine and versatile addition to your everyday jewellery favourites.

The pair comes in solid sterling silver finished with a 22 carat gold plating, that forms the so-called gold vermeil. The earrings reveal a small bud-shaped design which accommodates an iridescent pearl. They fasten with classic butterfly fittings that are for pierced ears only.

British jewellery designer Alex Monroe grew up in Suffolk surrounded by fields, rivers and the plants and creatures which inhabit them. He trained at Sir John Cass School Of Art in London, and his whimsical and intricately beautiful jewellery is inspired by his abundant lush surroundings. Established in 1986, his distinctive designs have earned him many admirers and a loyal following among celebrities. He has also collaborated with the Victoria & Albert Museum, who asked him to design a limited edition commemorative locket. Other diverse projects include an 18ct gold poppy for the British Legion, a range for Kew Gardens, a bottle for the classic British perumiers Penhaligons, and a Burt’s Bees limited edition ring and necklace to raise funds and awareness for the British Beekeepers Association. In the middle of all this, Alex’s objectives have stayed strong and true. Rather than compromise quality craftmanship and have the jewellery produced in a factory, every unique item is still hand made in Alex’s London studios by skilled craftspeople. The creative process means that he always makes the original piece by hand in sterling silver, which gives his work its distinctive signature and stunning organic detailing. Alex Monroe’s jewellery that is charmingly quirky, sometimes cute, but always very feminine and very wearable.