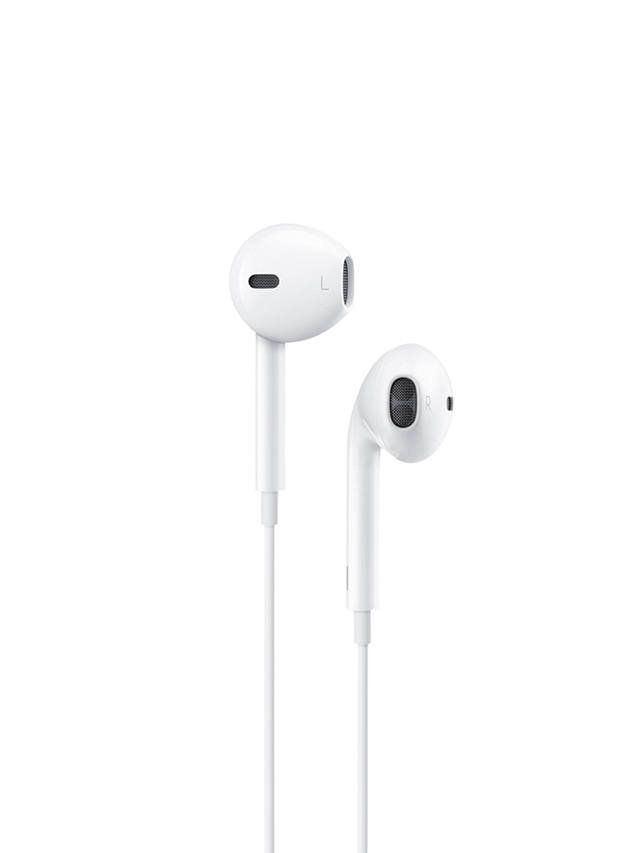 The Apple EarPods with Remote and Mic are designed to rest comfortably inside — and stay inside — a variety of ear types. And you can use the improved remote to adjust volume, control music and video playback, and answer or end calls on your iPhone.

Ear-Moulding Fit
Unlike traditional, circular earbuds, the design of the new Apple EarPods is defined by the geometry of the ear. Which makes them more comfortable for more people than any other earbud-style headphone.

Professional, Noise-Isolating Sound
The speakers inside Apple EarPods have been engineered to minimise sound loss and maximise sound output. So you get high-quality audio that’s just as impressive as what you’d hear from more expensive headphones.

Models which have microphones built into the headphones which produce signals to reverse outside noises, cancelling them out. Perfect for cutting out the constant low drone caused by jet or train engines on your travels.

Either flexible rubber sphere-like tips which slot nicely into your ear canal providing a seal, or cupped designs which surround and seal your ear from the outside world, they effectively eliminating ambient sounds, and trap your music in your ear