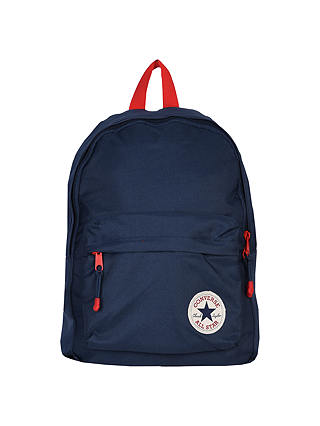 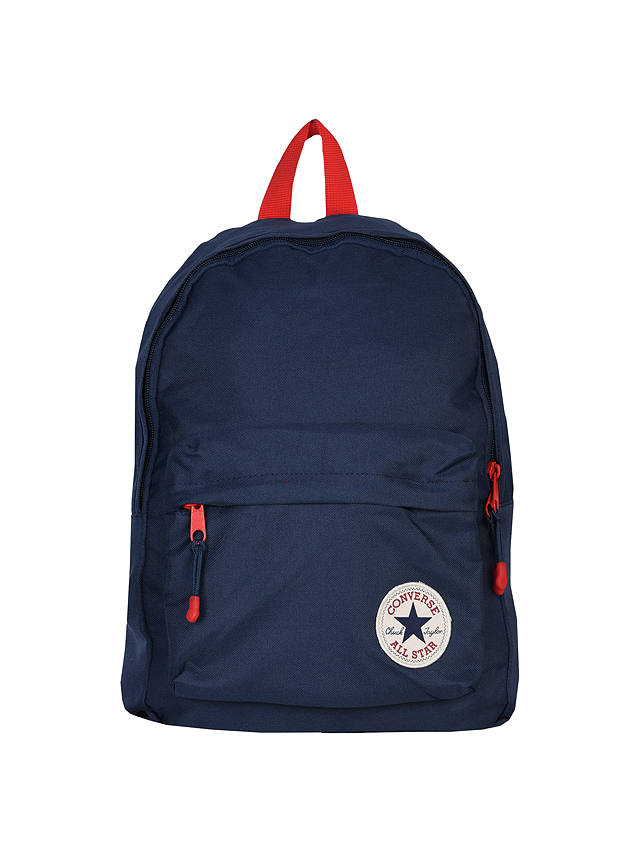 Treat your little one to this bright and fun backpack from iconic basketball and skater shoe brand, Converse.

Made from wipe-clean polyester and featuring adjustable padded straps; the Converse Children's Core backpack is ideal for school, day trips, and family holidays. Extra details include contrasting zipper pulls, a handy strap for hanging or carrying, and the classic embroidered converse badge stitched on the front.

Founded in Massachusetts in 1908, Converse struck upon its iconic design in 1917 when it designed a basketball shoe called the All Star. The canvas trainers, with a rubber sole, became the classic Chuck Taylor All Stars when Chuck Taylor joined the basketball team Converse sponsored in 1921. He made improvements to the shoe, enhancing the support and flexibility.

The toe guard, laces and outer wraps were made white after the Second World War and in 1957 Converse created the low cut Oxford style. Initially popular with basketball players, the shoes have become casual classics that can be dressed up or down for endless versatility.