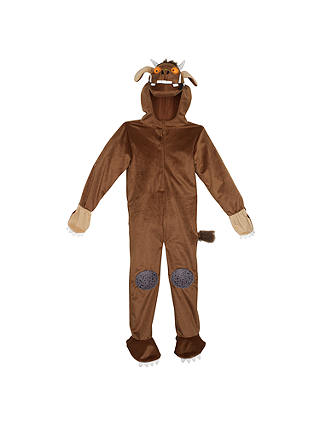 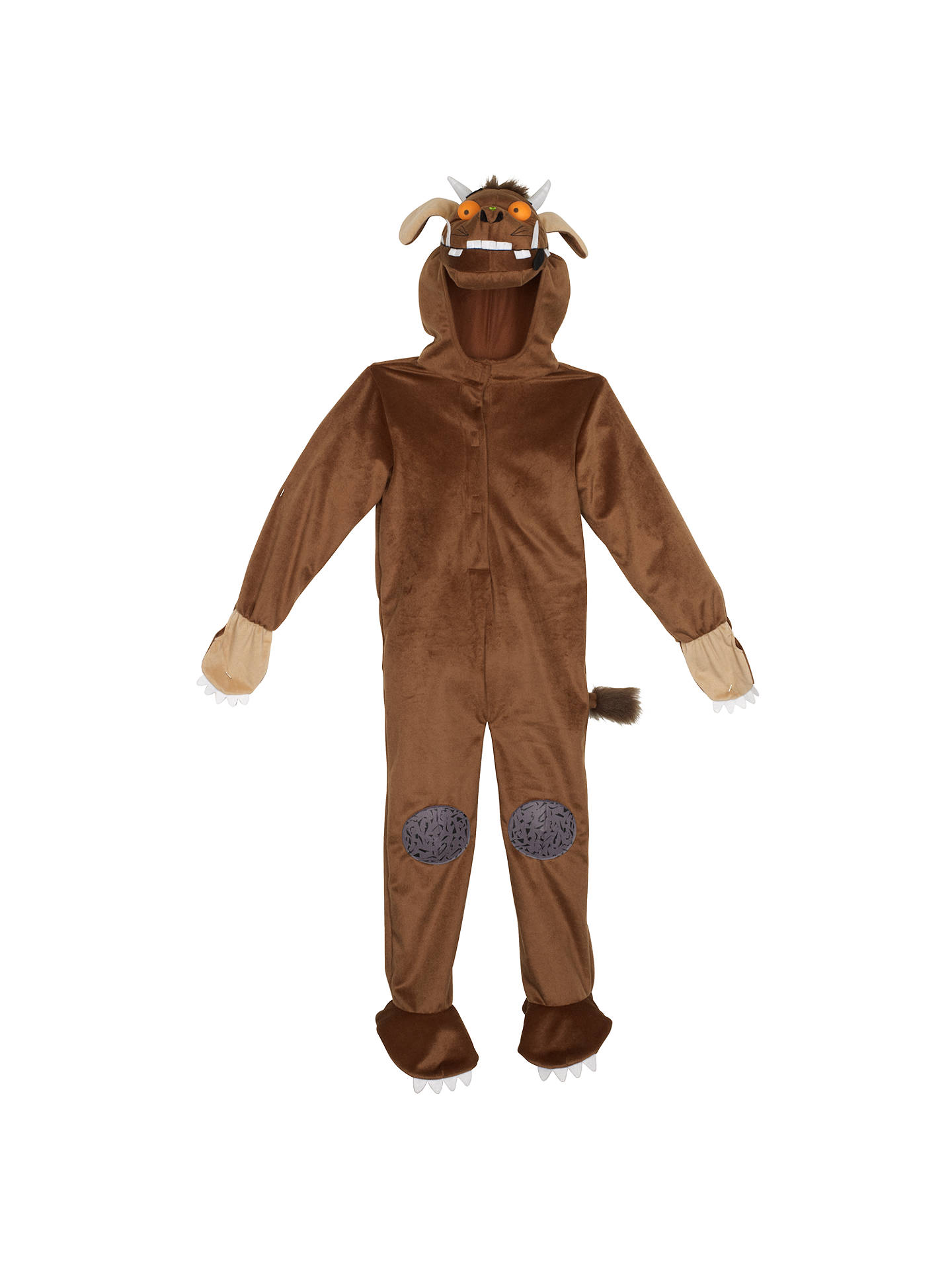 Oh help! Oh no! It’s a Gruffalo! Your child will love dressing up as their favourite story character with this fantastic Gruffalo costume.

Brand
Gruffalo
Eligible for International Delivery
NO
Suitable From
3 years
Toy Character
Gruffalo
Warning!
Not suitable for children under 3 years.

Fast becoming a children’s classic, the Gruffalo’s grizzly appearance has been an instant hit with little readers. Written by Julia Donaldson and illustrated by Axel Scheffler, the book has been translated into numerous languages and won notable literary prizes.

The story follows a mouse as he ventures into the woods and encounters various animals who rather plate him up as a meal than befriend him. In an attempt to escape being eaten, the mouse invents a monster with frightening features that he soon comes face to face with.

Based on a traditional Chinese story, Donaldson saw the potential to adapt the tale and created the Gruffalo as an educational picture book. Highly enjoyable to read out loud, the Gruffalo has become children’s favourite scary, but lovable character.