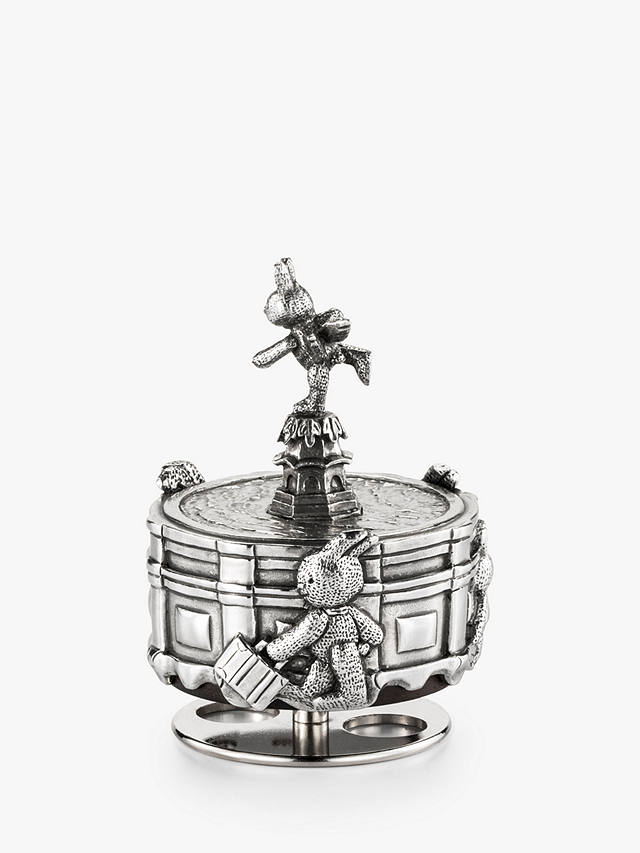 It's been said that the whole bunny world meets at Piccadilly Circus, watching the world go by whilst taking a rest under the gaze of the famous Winged Bunny. The tune that the Piccadilly carousel plays is "Around The World". An evocation of more innocent times, this captivating christening collection chronicles bunnies on their days out and about. Part of the Bunnies Day out Collection from Royal Selangor, the World's Largest Pewter manufacturer.

A charming wind-up musical carousel made from cast pewter, it would make a delightful christening gift.