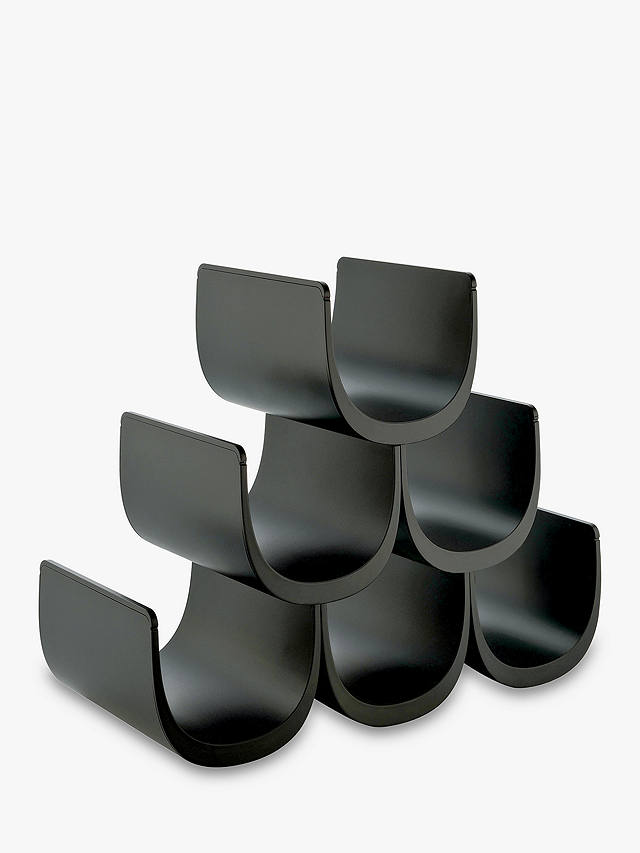 Made from thermoplastic resin the Noè wine rack from Alessi holds up to 6 bottles of wine in a pyramid shape.

Easy to put together it needs to be assembled at home.

UK delivery by our supplier within 14 days. Where delivery needs to be arranged, you will be contacted to arrange a date and time that's convenient for you.