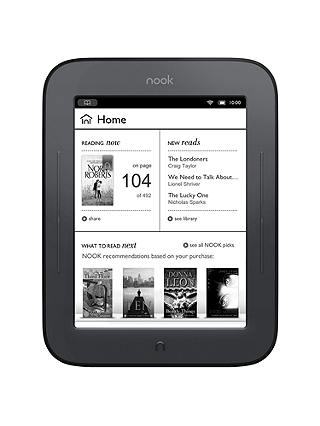 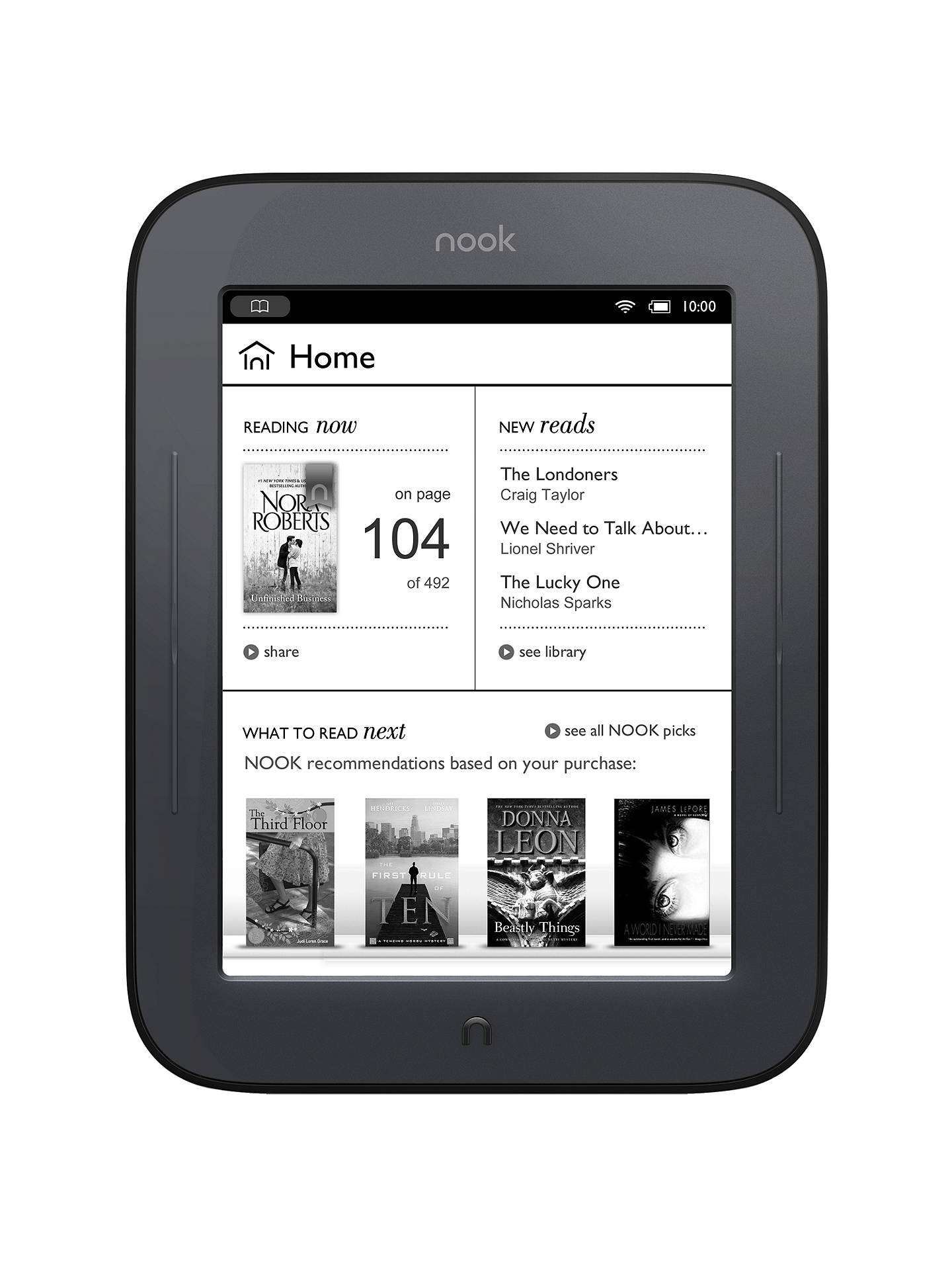 Please note: The NOOK Simple Touch comes with 2GB of storage. Approximately half of this is dedicated to the operating system, and up to 750MB specifically for content from Barnes & Noble's eBook store, leaving up to 250mb for content from other sources.

The number of pixels per square inch of screen. A higher picture resolution makes for greater clarity, depth and detail in the image. Higher resolutions screens also make it harder to distinguish individual pixels from a close distance

History of Barnes & Noble:
Leonard Riggio, the company's chairman, began his bookselling career while attending New York University in the early 1960s. Working as a clerk in the university bookstore, he became convinced that he could do a better job serving students, and he opened a competing store of his own. The store quickly became one of New York’s finest bookstores, known for its knowledgeable staff, wide selection and great service.

Barnes & Noble are now the world’s largest bookseller and retailer of content and digital media. They now have the worlds largest online book store with over 2.5 million titles and John Lewis are their premium UK launch retailer for the NOOK eReader. More from NOOK