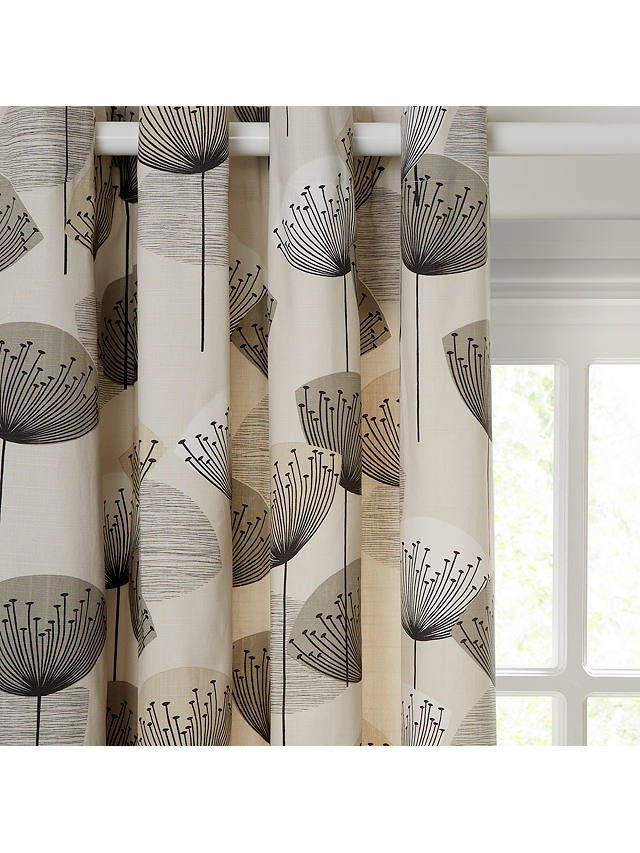 The width stated indicates the size of one curtain panel when laid completely flat. This pack contains two panels, and the track/pole length we've recommended allows for the two panels to be gathered when the curtains are drawn. For a fuller look, increase the curtain width.

Worth knowing...
We package our curtains in recycled materials to keep them protected whilst they make their way to you. This means that when they arrive there could be some creases in them. We recommend you hang them for a few days to allow them to flatten and for the creases to fall out. If after this period your curtains still show signs of being folded then follow the ironing instructions on the back of the packaging. Be aware that each style of curtain has different ironing instructions, including heat limitations according to the fabric, so do make sure you follow the guidance provided to get the best results.

Do you need a curtain pole/track and accessories? Shop here.

In the late 19th century Arthur Sanderson opened his first wallpaper factory. He was well-known as a wallcoverings supplier, distributing wallpapers from around the world, and following his death in 1870 his sons took over the reins, growing the business even further.

Skipping forward to 1924, the business (at that point known as Arthur Sanderson & Sons) was awarded the Royal Warrant as Purveyors of Wallpaper to King George V - a clear mark of the renown and prestige associated with the company.

Nowadays Sanderson designs are reproduced on all manner of textiles and home accessories, as well as wallpaper. The thread that remains from Sanderson’s inception in 1860, is the theme of nature and the English countryside. Be it a traditional floral print, or contemporary bold motif, all Sanderson products expertly combine the beauty and elegance of nature, transferring them to eye-catching homeware products.