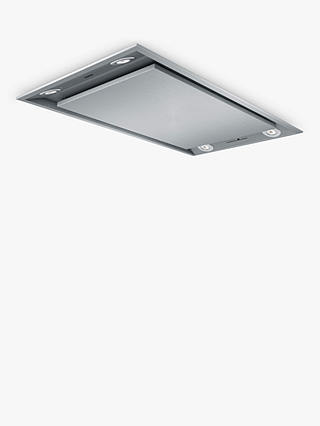 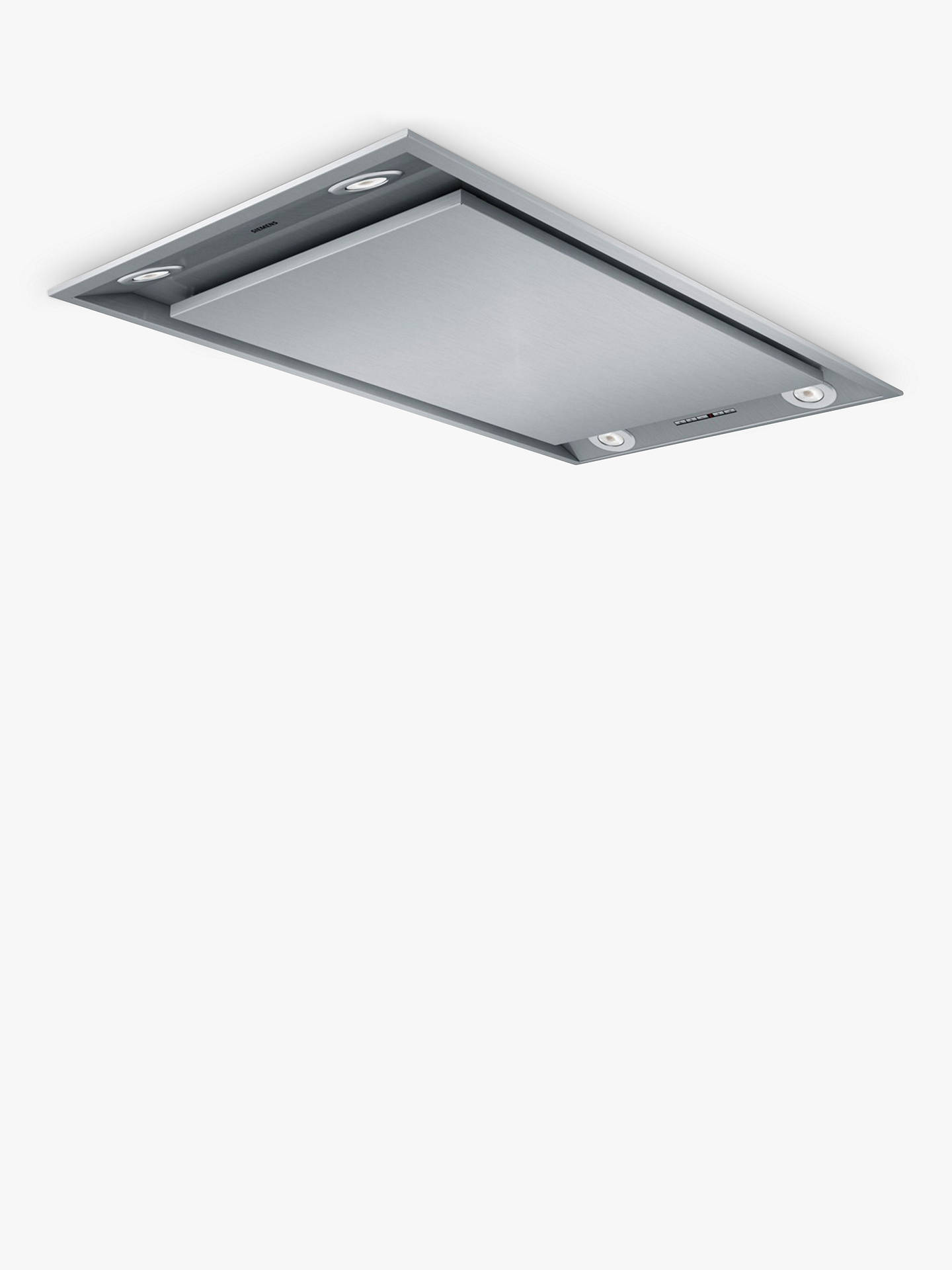 The ceiling-mounted Siemens LF959RB51B cooker hood is designed to be flush-mounted into a ceiling to extract fumes and smells from a hob built-in to an island cooking station. It takes in air around its edges, in the space between the stainless steel filter cover and the frame.

Operation
This hood has a high extraction rate to clear fumes from 90cm-wide cooktops. It will effectively capture grease, odours and steam through its three metallic grease filter cassettes. A saturation indicator alerts you when they need cleaning - you just unclip the filters and clean them in the dishwasher.

Total control
It has soft-touch button control and a remote control option for the three-speed fan, which also has a boost setting. This operates intermittently to clear intense fumes, automatically returning to the regular setting after ten minutes. The hood can also be set to run-on for 10 minutes after cooking has finished.

Low energy
The hood has four low-energy LED lights, with dimmer control, and an A rating for energy efficiency.

Minimum safety height required above the hob, primarily for extractor hoods and fans or flammable materials like wood or wallpaper. Please measure this carefully, as hobs can only be installed where a safe level of clearance is present

How noisy, in decibels, the machine is. The lower the dB, the quieter the appliance. A human voice in normal conversation is approximately 60dB, while an alarm clock might be 80dB