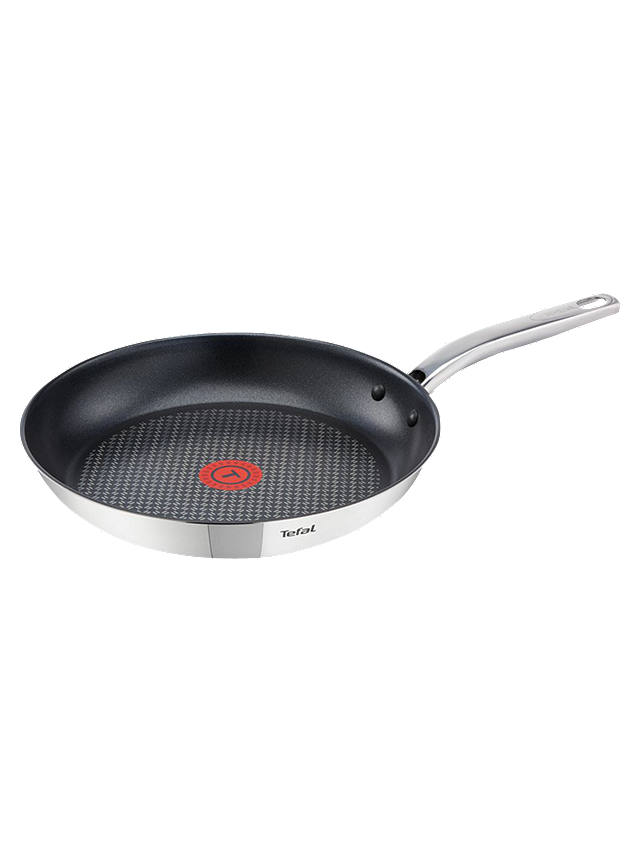 Tefal's Thermo-Spot becomes solid red when the pan has reached optimum cooking temperature, which helps you to seal in the nutrients and flavour. The Tefal Intuition range is designed with precision and accuracy in mind, for a stress-free cooking experience. Crafted from durable 18/10 stainless steel, it's dishwasher safe and oven safe to 260°C. The collection features induction-suitable thick bases that distribute heat evenly.