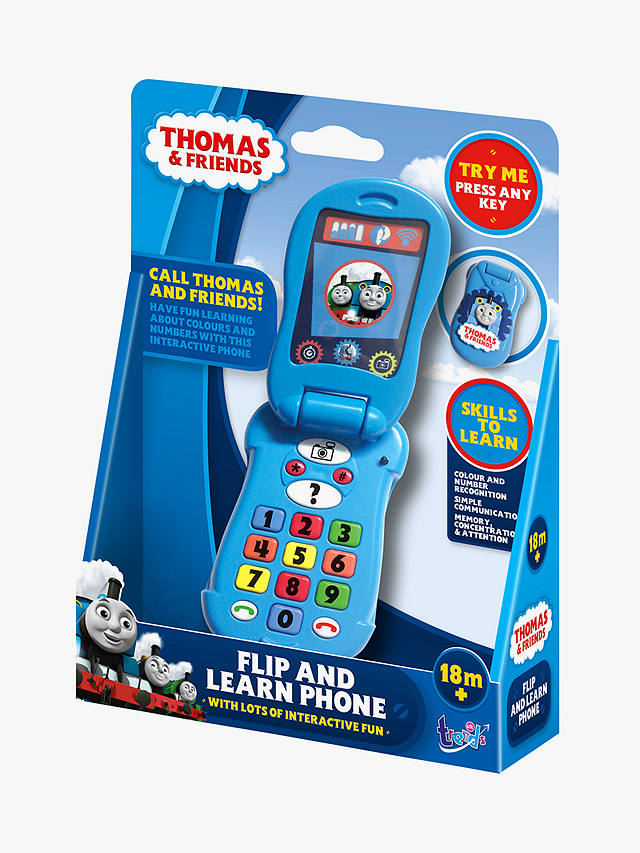 Have fun learning about colours and numbers with this interactive flip phone so you can call Thomas and all his friends! With lots of interactive fun, this phone encourages baby's core sensory development while having fun!

From his initial introduction in The Railway Book Series by Reverend Wilbert Awdry, the much-loved blue tank engine has been delighting little ones ever since. Appearing on our screens for the first time in 1984 in which the character was brought to life in a TV series, the highly excitable Thomas became a worldwide success.

Based on the E2 class steam locomotive, Thomas the Tank Engine has been made into pull along toys and train sets so that little ones can have a little choo-choo adventure of their own.