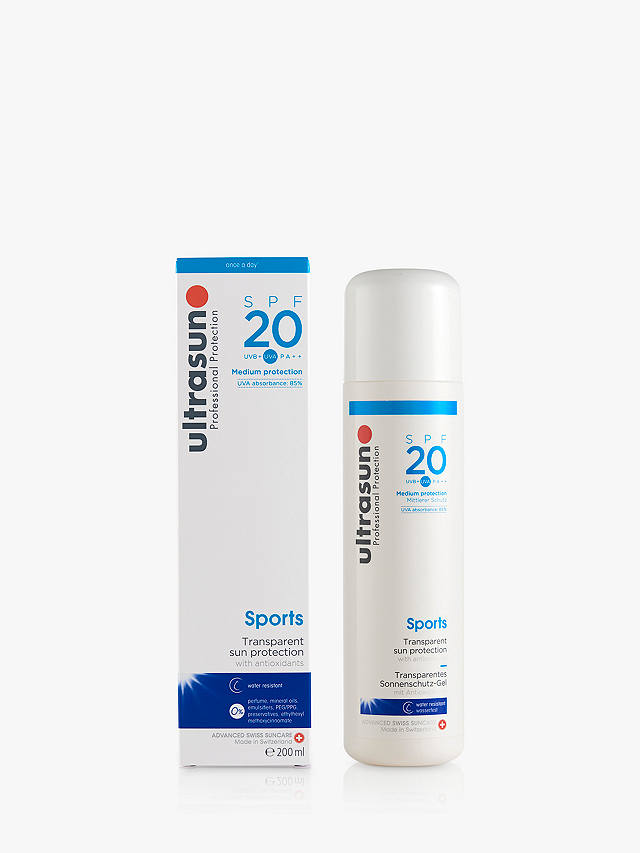 Ultrasun’s iconic Sports Gels provide long-lasting protection against the sun’s harmful UV and Infrared A rays. This non-greasy, clear formula is really easy to apply and gentle enough to use on the scalp (ideal for thinning or receding hairlines). An advanced water-resistant formula ideal for all outdoor, water sports and gardening enthusiasts. SPF20 - Medium sun protection with high-level UVA (85%) and UVB protection.