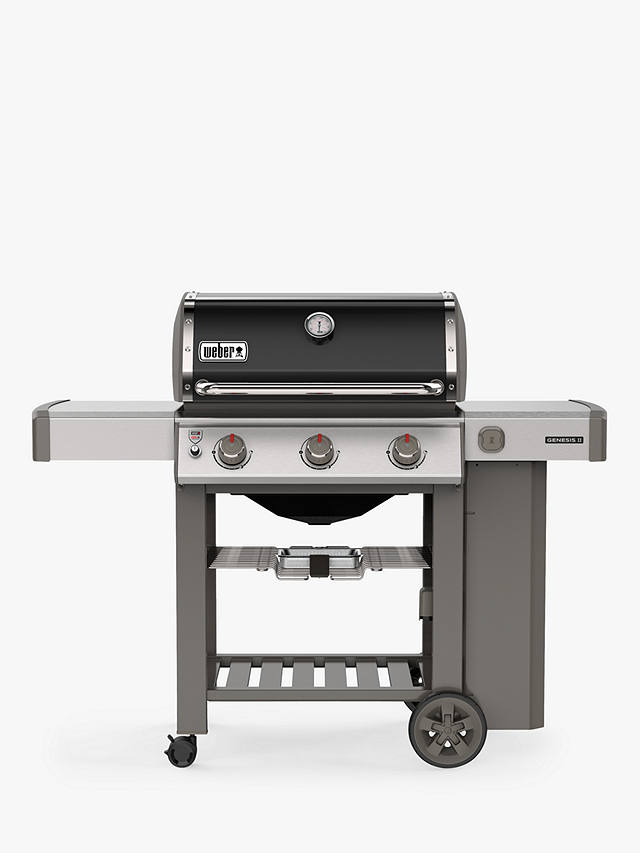 Weber's Genesis II E310 gas barbecue is a great all-round model with 3 stainless steel burners to give you plenty of cooking space, along with a warming rack.

Hooks for 6 tools let you baste, turn and griddle with ease and you can keep skewers and condiments to hand on one of the 2 side tables. There's added storage space beneath the cart.

A 5kg or 13kg patio gas bottle will need to be strapped under the side table when grilling with the hose going into the barbecue through the hole on the barbecue side.

Worth knowing: Manufacturers recommend that you should safely leak test all gas connections on your new grill before use.

The approximate time it will take to assemble this item. Times may vary and are only intended as a guide

Order by 2pm for next day delivery, 11am - 9pm, Monday to Saturday. The evening before delivery day we'll let you know a 2-hour delivery window. Availability varies by postcode. Not available to non-mainland locations, or when ordered with installation and disposal services.