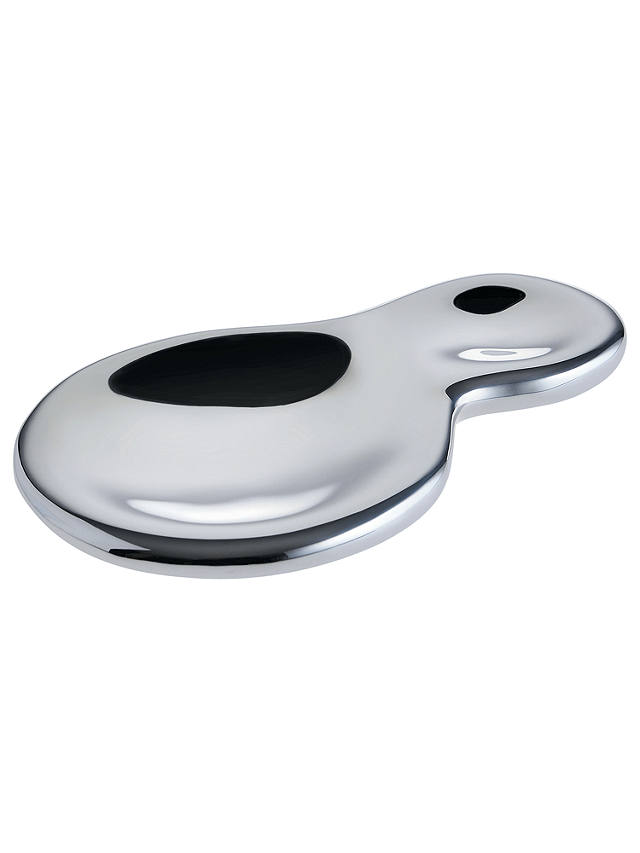 This high-tech sounding spoon rest was inspired by 2 drops of mercury as they come together to form 1 large drop. Designed by Valerio Sommella.