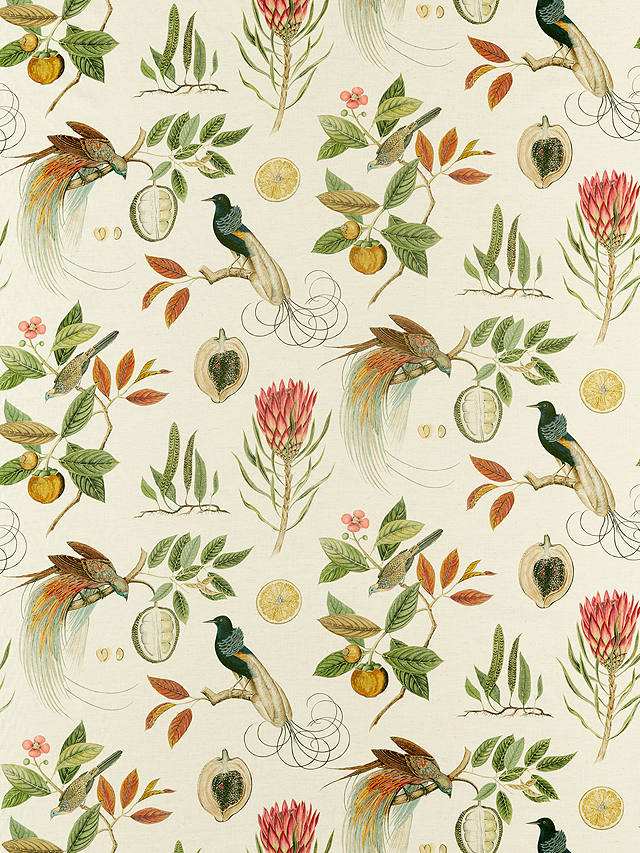 Ready to place your order, or looking for more advice?
If you'd like to purchase this fabric and are ready to place your order, or need a little styling advice, there are a few ways we can help. Firstly, come into any of our shops and speak to a Partner. Alternatively, we can come to you as we're also now offering in-home appointments. Finally, you can book a virtual appointment and speak to one of our estimators on a video or phone call. They'll provide a combination of practical measuring, design and technical advice.
Find out more about our services and book an appointment here

In the late 19th century Arthur Sanderson opened his first wallpaper factory. He was well-known as a wallcoverings supplier, distributing wallpapers from around the world, and following his death in 1870 his sons took over the reins, growing the business even further.

Skipping forward to 1924, the business (at that point known as Arthur Sanderson & Sons) was awarded the Royal Warrant as Purveyors of Wallpaper to King George V - a clear mark of the renown and prestige associated with the company.

Nowadays Sanderson designs are reproduced on all manner of textiles and home accessories, as well as wallpaper. The thread that remains from Sanderson’s inception in 1860, is the theme of nature and the English countryside. Be it a traditional floral print, or contemporary bold motif, all Sanderson products expertly combine the beauty and elegance of nature, transferring them to eye-catching homeware products.

I understand that I cannot return or exchange this item.

Our usual exchange and refund policy does not apply to personalised or made-to-measure products, which cannot be returned or exchanged unless faulty or not as described.

This doesn't affect your statutory rights. Find out more about our refund policy