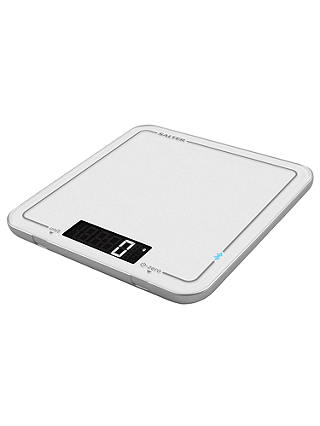 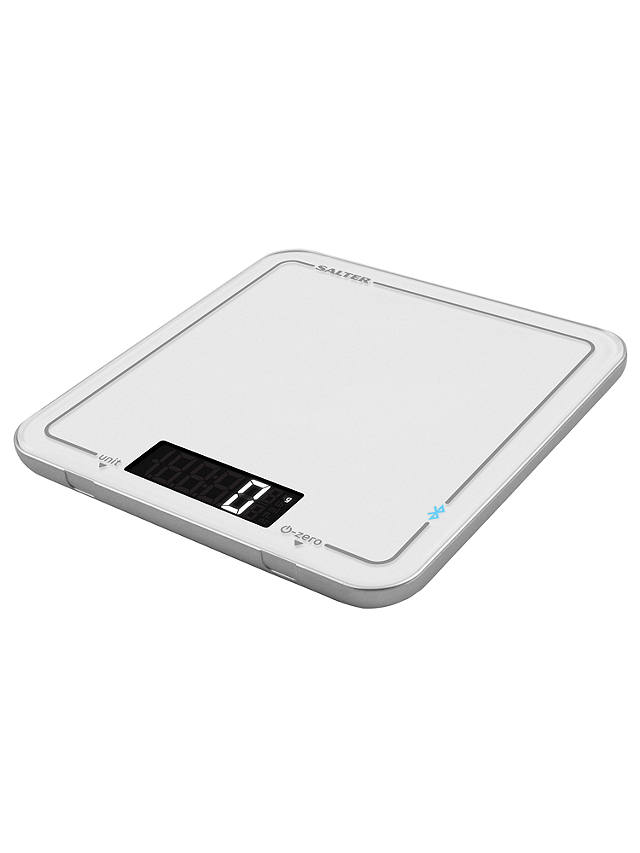 Download the free "Salter Cook" app and create your own personal cookbook, capturing recipes from your favourite websites at the click of a button, as well as adding your own recipes by hand. Access your recipes anytime from your tablet and/or phone, whether you are at home or at the supermarket.

Connect the app to your scale for a fully interactive weighing experience. See the weights from your recipes automatically linking to the scale display on the app. Make use of the clever built in timers, which you can name to remind you what they are for. Strike through ingredients as you move through your recipes so you never lose your place, scale up or down your recipe servings, create your own recipe categories, upload your photos, share with friends and much more!

Back in the late 1760s in the village of Bilston, England, Richard Salter, a spring maker, began making 'pocket steelyards', which resemble a fisherman's weighing scale. By 1825 his nephew George had taken over the company and later established a large, well-equipped manufacturing site in nearby West Bromwich. From here the company produced a wide variety of scales including the UK'S first bathroom scale. The range expanded to irons, mincers, potato chippers, coin-operated machines and another 'first' for the UK: the typewriter. The thriving business eventually became Salter Housewares Ltd, based in Kent, and remains a market leader in the UK and other countries when it comes to personal and kitchen scales.