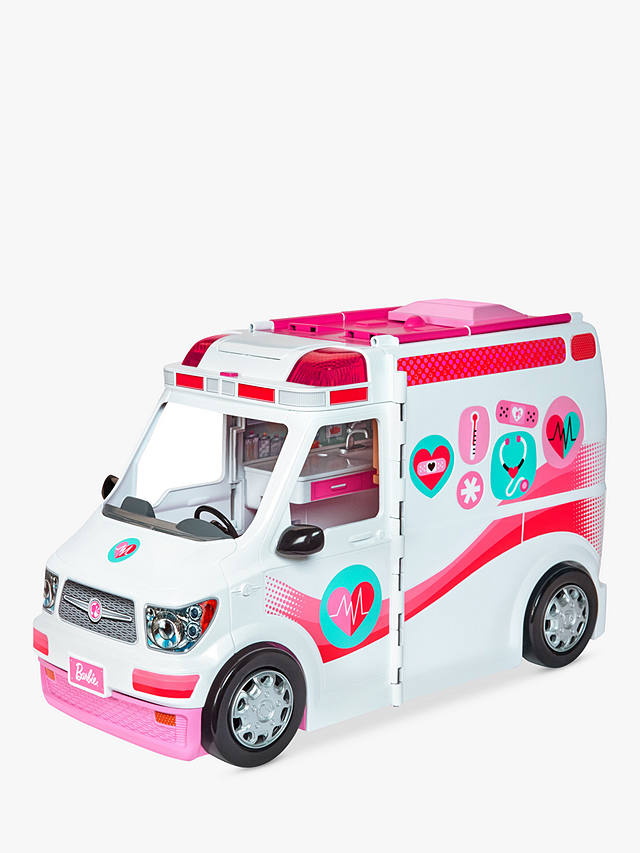 Respond to calls and deliver the best care with this amazing Barbie Care Clinic. It's both an ambulance and a hospital offering two-in-one fun with an easy transformation.

Get to the patient as quickly as possible with the ambulance using the siren sounds and lights to clear your path. Once you arrive at the scene, quickly lift the lever at the back of the vehicle to instantly transform into a care clinic!

Open up to reveal 3 separate areas, perfect for treating patients! The reception area features a pop-up desk and swivel chair, your patient can wait for their appointment in the waiting room as they sit on the comfy chair and watch the colourful fish.

Take them into the exam room and watch the x-ray turn into vision chart. Roll out the exam bed and adjust it from flat to seated.

Aspiring little doctors can role-play diagnosing and treating patients with over 20 themed pieces!