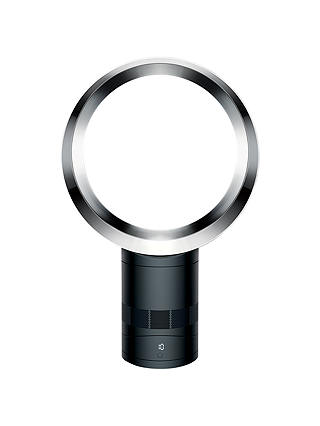 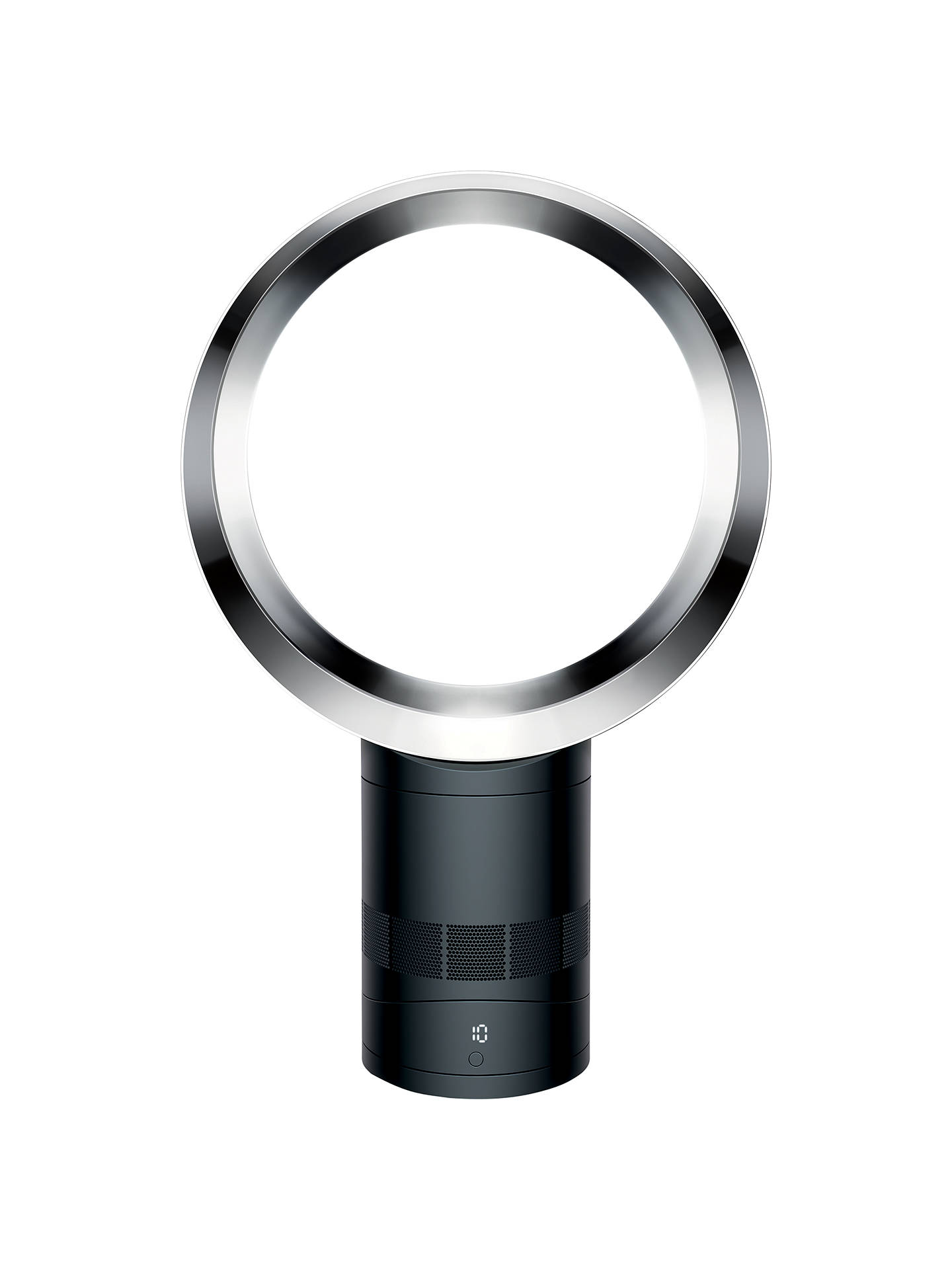 Some fans are quiet but weak; others are powerful but noisy. The Dyson AM06 is a silent fan, and it's both quiet and powerful. Dyson engineers have reduced turbulence and noise throughout the machine by channelling airflow more efficiently. The motor noise and vibration of this cooling fan have been isolated and significantly reduced.

AM06 cooling fan now houses a Helmholtz cavity, designed to capture and dissipate noise from the motor – which has been calibrated to run slower whilst maintaining powerful airflow.

There’s also a remote control for precise airflow control, and a sleep timer – AM06 can be programmed to turn off after preset intervals, for ease of use throughout the night.

All Dyson machines are tested rigorously during development, so the AM06 comes with a 2 year parts and labour guarantee.

It doesn't have blades so there’s no danger to little fingers, and you can control the airflow with a remote control.