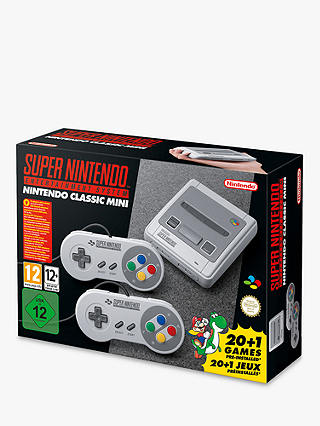 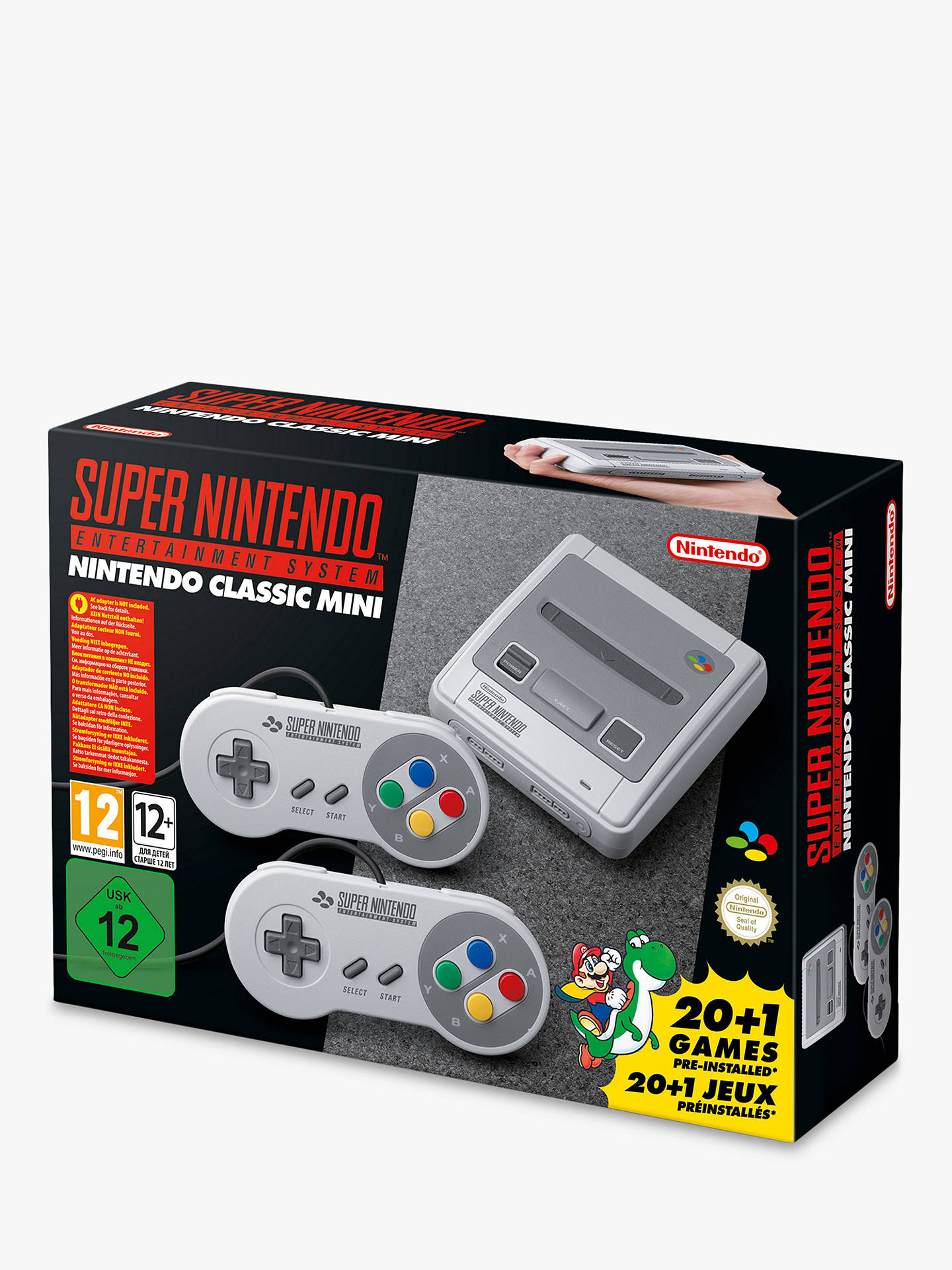 Nintendo is proud to present SNES (Super Nintendo Entertainment System) - the follow-up console to the legendary NES is here to give you access to the games you loved to play in the '90s. This time around with a smaller shape, so it won't take up a lot of space on your TV unit and is petite enough to take to your friend's pad when you're invited over for a gaming session.

Two Super NES controllers
The mini console comes with a pair of controllers, allowing you to challenge your friends and family members to a game of Super Mario Kart or Donkey Kong Country.

Easy setup
You'll be ready to go in no time, just plug in the power cable (AC adapter not included, but required) and attach it to your high-definition TV using the HDMI cable (included).

What's in the box?