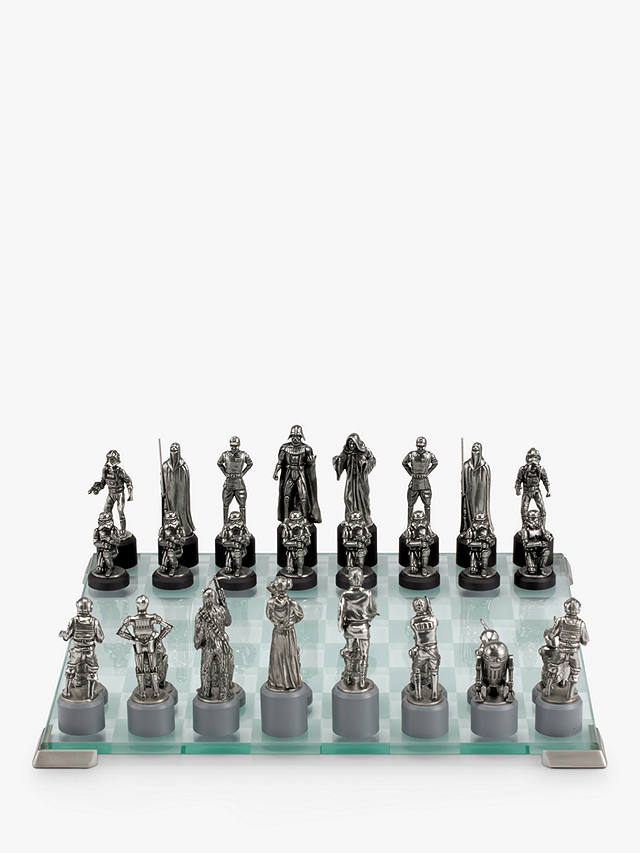 Each figure is made in Royal Selangor's signature polished pewter and has a satin finish. They face each other on the tempered glass chessboard, capped by pewter feet.

Pewter is almost maintenance-free as it does not react with the air to oxidise or tarnish. It can attract dust and dirt, but all that's required is an occasional wipe with a soft, damp cloth. Over time and with use, pewter develops a pleasing and subdued patina unique to the metal which is part of the beauty of investing in this material.

Board Games
Material
Pewter, porcelain and glass
Number of players
2
Suitable From
12 years

UK delivery by our supplier within 7 days. Where delivery needs to be arranged, you will be contacted to arrange a date and time that's convenient for you.