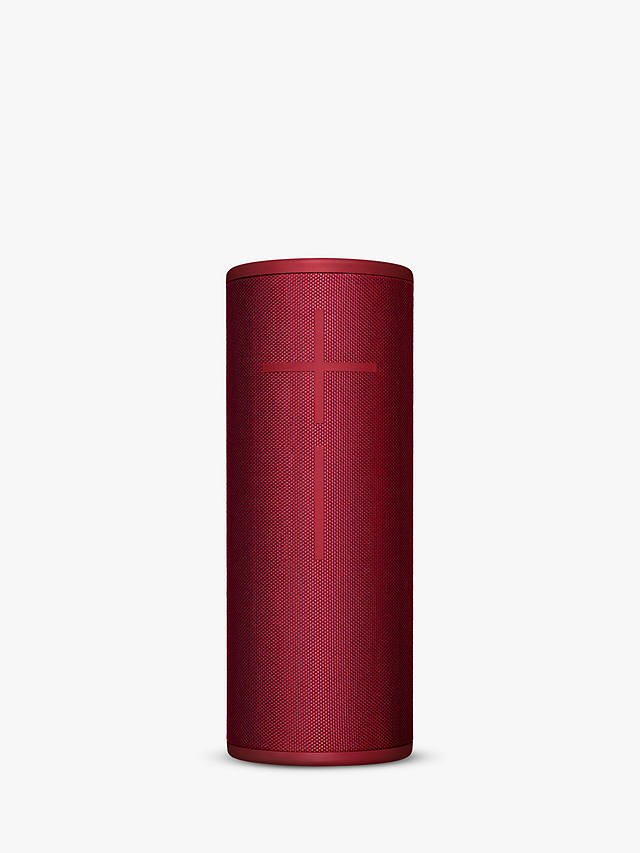 Refined and redesigned, the Ultimate Ears MEGABOOM 3 is a powerful and portable wireless speaker built for adventure. It rocks 360? sound with booming bass and is waterproof, dust-proof and drop-proof. The MEGABOOM 3 features the 'magic' button for hands-on control and a wider Bluetooth range than previous models.

Powerful 360-degree Sound
MEGABOOM 3 creates immersive, powerful sound in every direction to fill the room. With dual passive radiators and performance drivers, the MEGABOOM 3 produces audio up to 90dB, with super-deep bass, all carefully balanced so you can hear every note.

Wireless Freedom
With Bluetooth connectivity, you can use your mobile phone, tablet or any other Bluetooth enabled device to take full control of the speaker across a 45 metre range. Pair it with up to eight Bluetooth devices for a choice of playlists.

Magic Button
Play, pause and skip songs with just one touch, directly on the speaker.

Adventure-proof
MEGABOOM 3 is IP67-rated waterproof which means that it can be immersed up to 1 metre for up to 30 minutes, and it floats. It's also dustproof and shockproof.

Megaboom Battery
It lasts for up to 20 hours and is recharged with the included USB cable. Or grab an Ultimate Ears Power-up dock and make sure you're always full charged (sold separately).

App Control
A dedicated iOS or Android app can control the MEGABOOM 3 from afar and unlock special features.