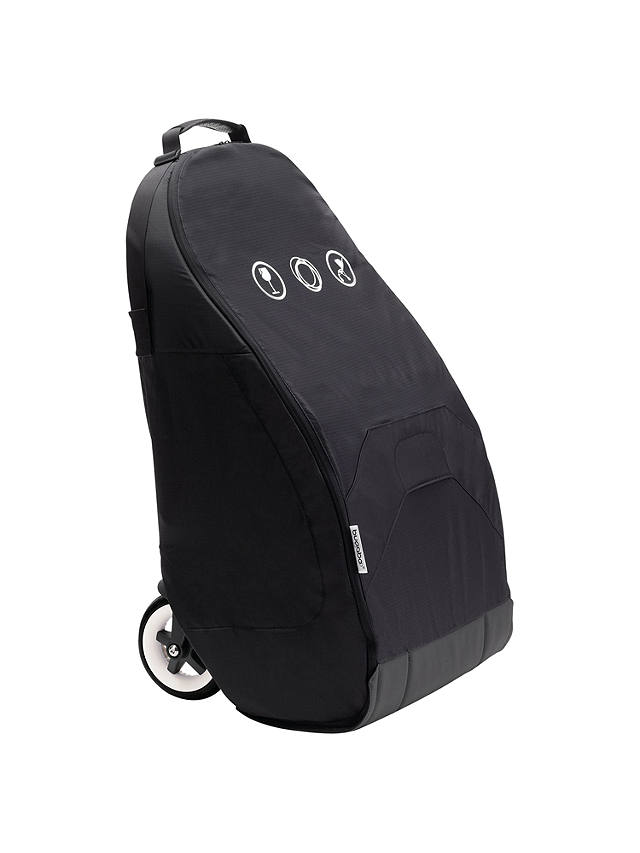 The Bugaboo Bee Compact Travel Bag is designed to fit the Bugaboo Bee and also fits the bassinet to protect and easily transport your pushchair.
Compact and lightweight in design, it folds up neatly to fit in your underseat basket when not in use.
The Transport Bag is self standing and has an integrated bag to store the front wheels of the Bugaboo Bee. Ideal for gate check, it will protect your pushchair during travel against dirt, scratches and water.
You can open the zips to reveal your Bugaboo Bee wheels so you can easily wheel around or use one of the three comfortable carry handles for practical transportation.

0% APR Representative: this product is eligible for Interest Free Credit, available when you spend £1000 or more on selected Nursery products. Call 01698545112, or visit our shops. Terms and conditions apply: find out more