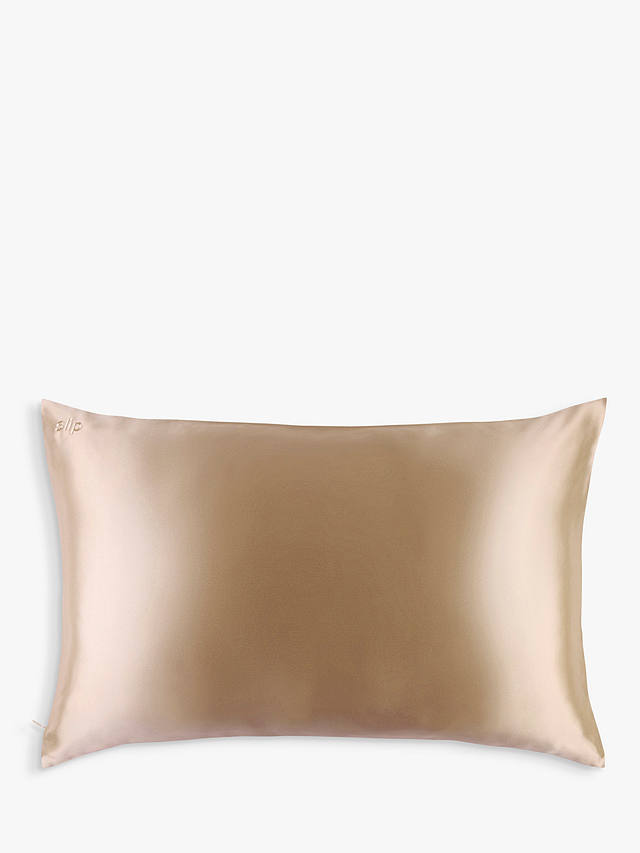 Unable to find one, she sourced the best silk she could find and wrapped it around her pillow. The results were dramatic and immediate. She's never looked back. She had stumbled upon a long-forgotten beauty secret - and Slip® was born.

Slip® pure silk products are made using slipsilk™. Specially-commissioned and made to our exacting standards, slipsilk™ has been developed and refined for over ten years to provide the ultimate combination of shine, thickness, softness and durability. We spend a third of our lives in bed. In laboratory testing, slipsilk™ pillowcases were shown to absorb significantly less face cream than cotton pillowcases, so they can help keep your skin’s moisture and valuable face and hair products where they belong, on your face and hair.