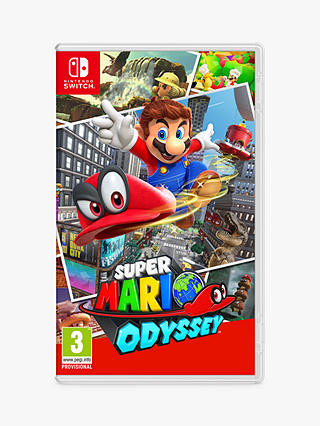 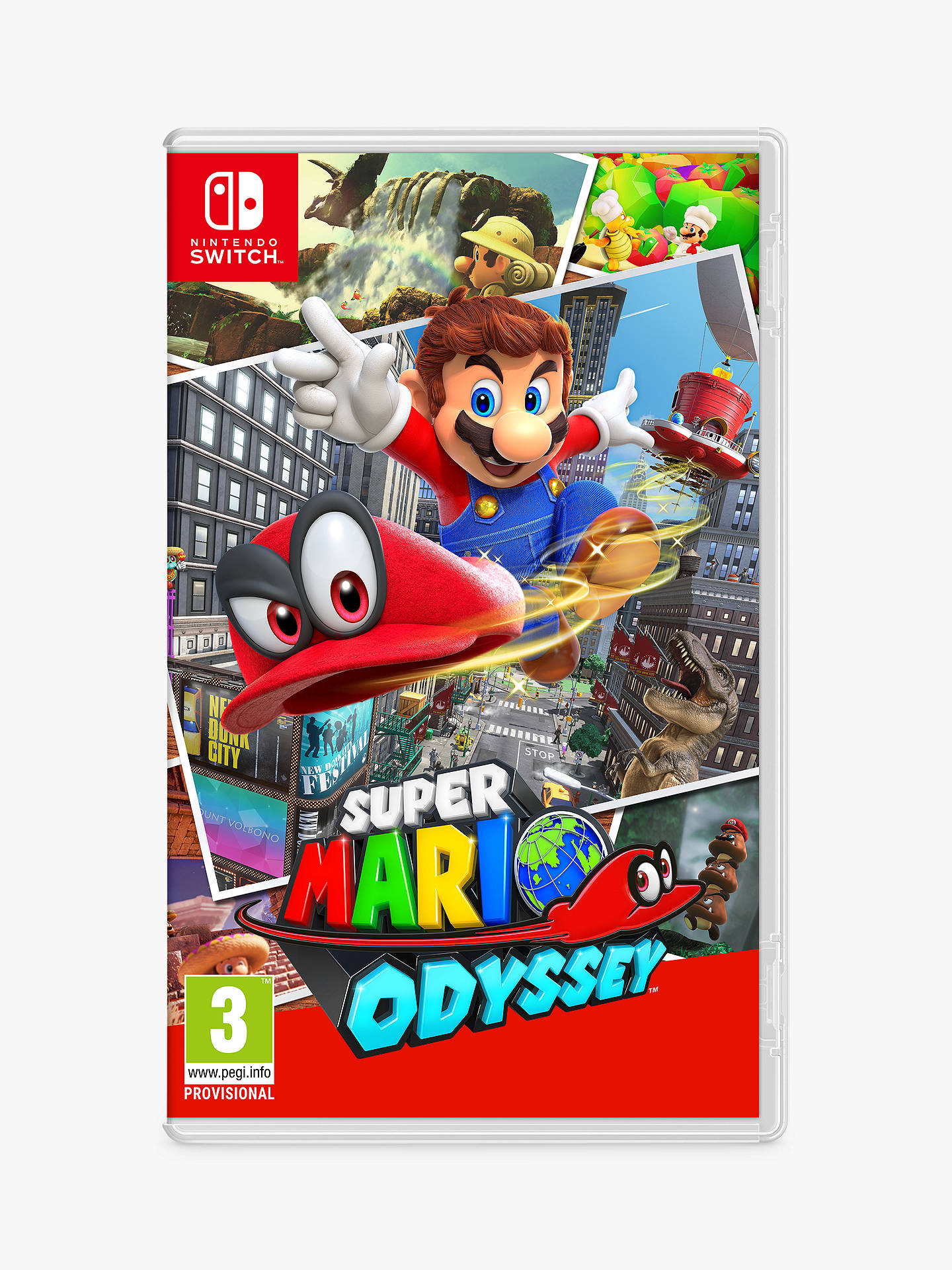 Join Mario and his new friend Cappy on a cap-tivating, globe-trotting, platform adventure! Bowser’s up to his old tricks, so it’s time to power up your airship, the Odyssey and rescue Princess Peach from King Koopa’s nefarious wedding plans.

This is the first sandbox-style style, 3D Mario adventure since 2002’s classic Super Mario Sunshine. Thanks to the Odyssey, you’ll visit amazing new worlds like skyscraper-packed New Donk City or the dinosaur kingdom of Fossil Falls; all bursting with secrets and surprises for you.

Cappy gives you new moves to master, such as: Cap Throw, Cap Jump and Capture. Capture handily allows Mario to take control of all sorts of things, including objects and enemies!