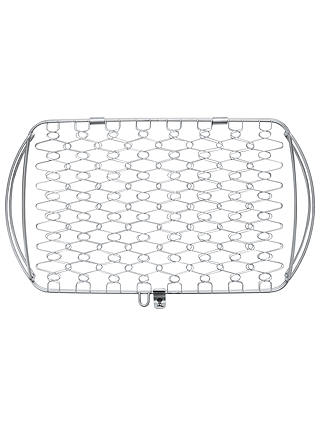 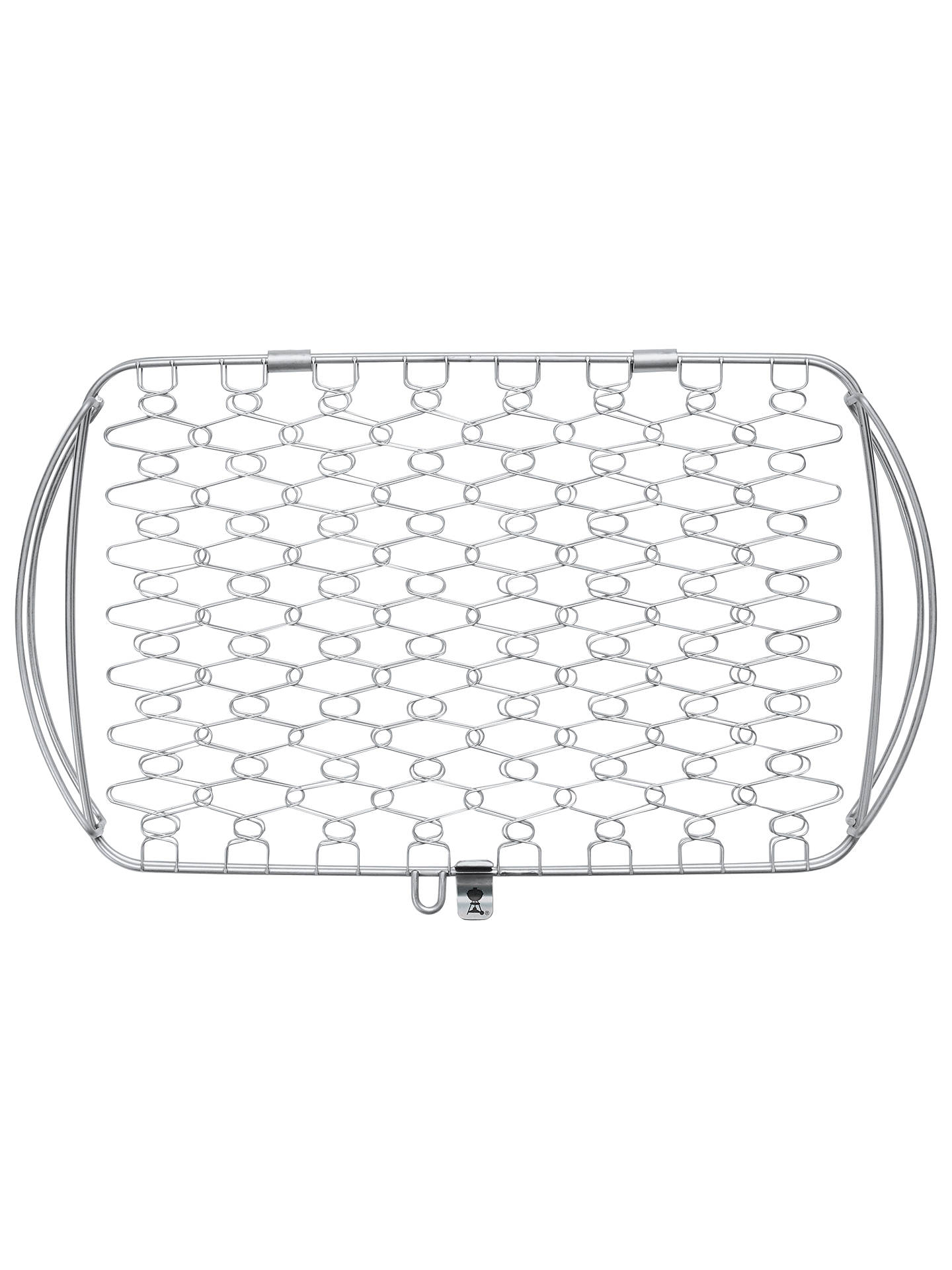 The simple side handles on this fish basket allow fish to cook the Weber way – with the lid closed. The flexible wire design adjusts to hold a variety of foods including large and small fish fillets, shrimp and scallops, brussels sprouts, baby carrots and much more.