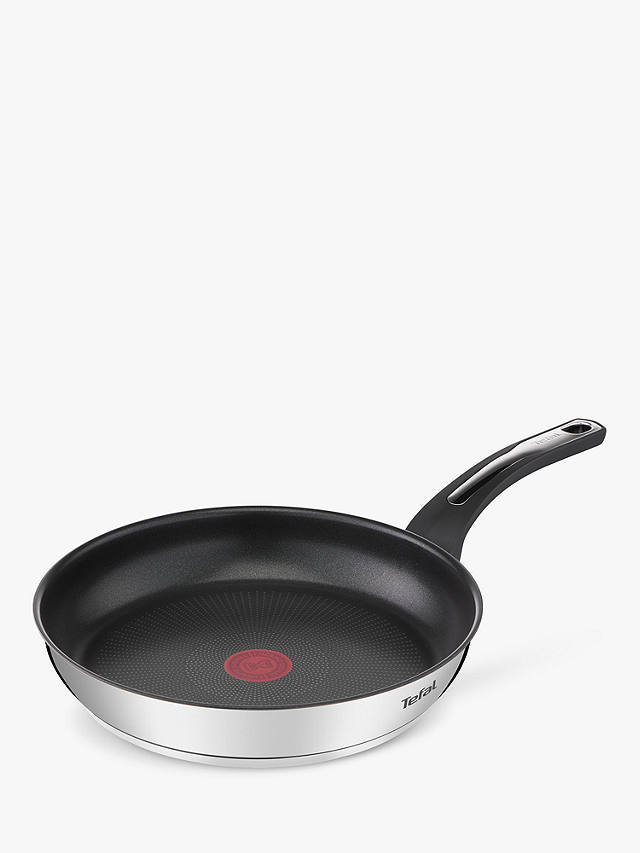 This stainless steel frying pan from the Tefal Emotion range features a Thermo-Spot heat indicator, which turns solid red when the pan reaches the optimum cooking temperature. An extra-thick Titanium non-stick surface ensures metal utensils can be used. So whether you're flipping an egg or stirring a sauce, the coating won't scratch.

Tefal Emotion is made of high-quality stainless steel, ensuring high resistance against rust, corrosion, stains and shocks for long-lasting performance.

Easy to clean by hand or in the dishwasher, the pan is compatible with any hob, including induction. The pan's high-impact bonded base ensures even heat distribution for improved cooking results. The comfort-grip handle is oven safe up to 175°C (Gas Mark 4, 350°F) for an hour, so you can start cooking dishes on the hob and finish cooking in the oven.